Dagger gives node implementations 30 seconds to respond per invocation, later responses are discarded. For long compute nodes this period is extended to 30 minutes (needs to be requested as a QoS requirement in sift.json).

The input object provided is a dictionary containing up to four fields:

For Java, Scala and Clojure the ComputeRequest object will be passed to the node instead.

Self evidently, this is the smallest quantum of data an input can source or sink and is also the smallest unit of work a node can operate on. Data contains:

Keys themselves are not encrypted and when creating your own keys, take care when designing your Sift so as not to accidentally expose PII in this field.

This field is encoded as a byte array internally and is accessible in the respective node implementation like so:

You will then need to convert this back to the right representation you need.

In most instances, data is wrapped as BucketedData which adds one or multiple of the following fields to the data:

An implementation can return nothing, i.e. undefined or null in Javascript, if it wishes to do nothing with the data.

If it returns any data at all, a minimum requirement for an implementation is to return a dictionary with a key field. If no value is provided for this key, the value is assumed to be empty. The third field for a key is the name of the store it is meant to be stored in.

Allowed outputs for a node:

A node implemented in JavaScript can also return a Promise or an array of them but each Promise should resolve to the dictionary mentioned above.

If more than one store is defined as an output for a node, the name property is required to avoid errors. If there is only one store it can be omitted although it is recommended to always add it for completeness.

An implementation can emit to the special buckets _email.id and _email.tid the email or thread specific data that it needs the same way we have described until now. The only difference is when we want to target data towards the email-thread or the thread-list view, then we need to output data under the detail or the list attribute respectively.

Things like secrets and configuration options can be passed to the node implementations through the usage of environment variables. Those can be defined through the Sift Control Panel in the SDK, the cog icon on the left, which looks like this: 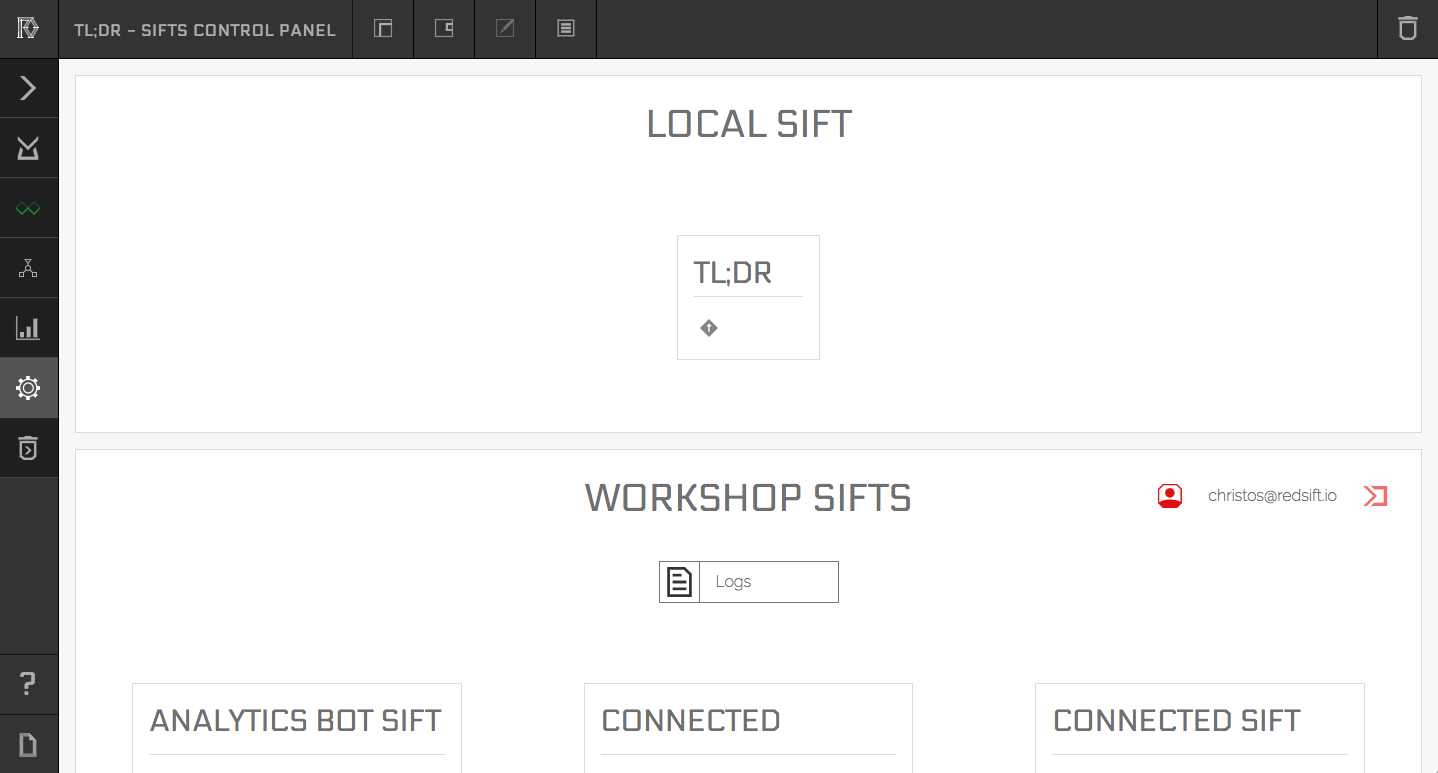 For everything that's relevant for Sifts running in the Workshop we will have to authenticate you first. e.g. The screen above is after I authenticated with my account. 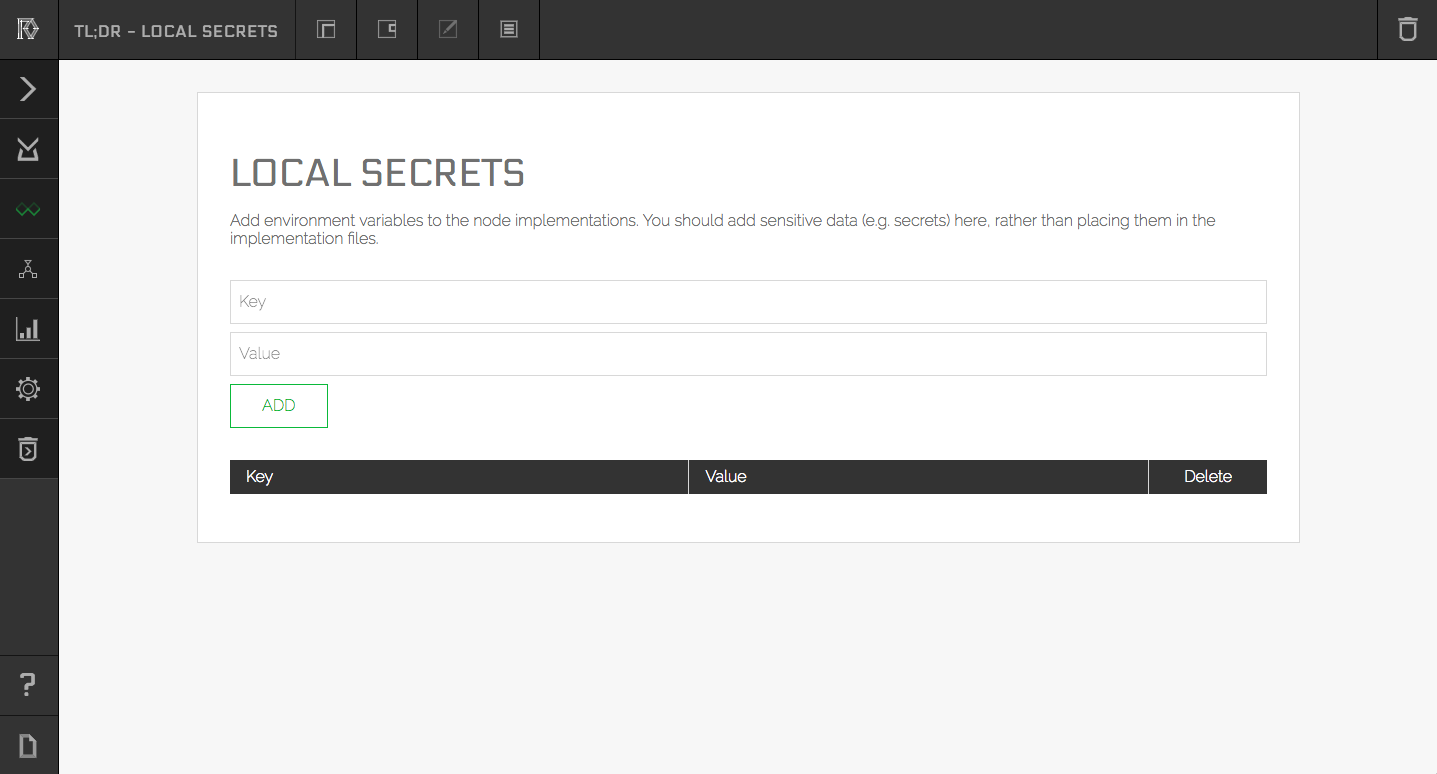 Variable names can not start with an underscore _ the character is reserved for internal use.

Variables that you define for Workshop Sifts are branch specific. So for example variables defined on the master branch will not be available on the development branch.

When a Sift is running on our cloud you can subscribe on the logs that it produces via the Sift Control Panel in our SDK. Just head to the Control Panel the same way we described in the section above and look for the icon that looks like a sheet of paper in the relevant Sift tile. It's next to the keyhole one you can not miss it! After clicking it you should see a screen like this: 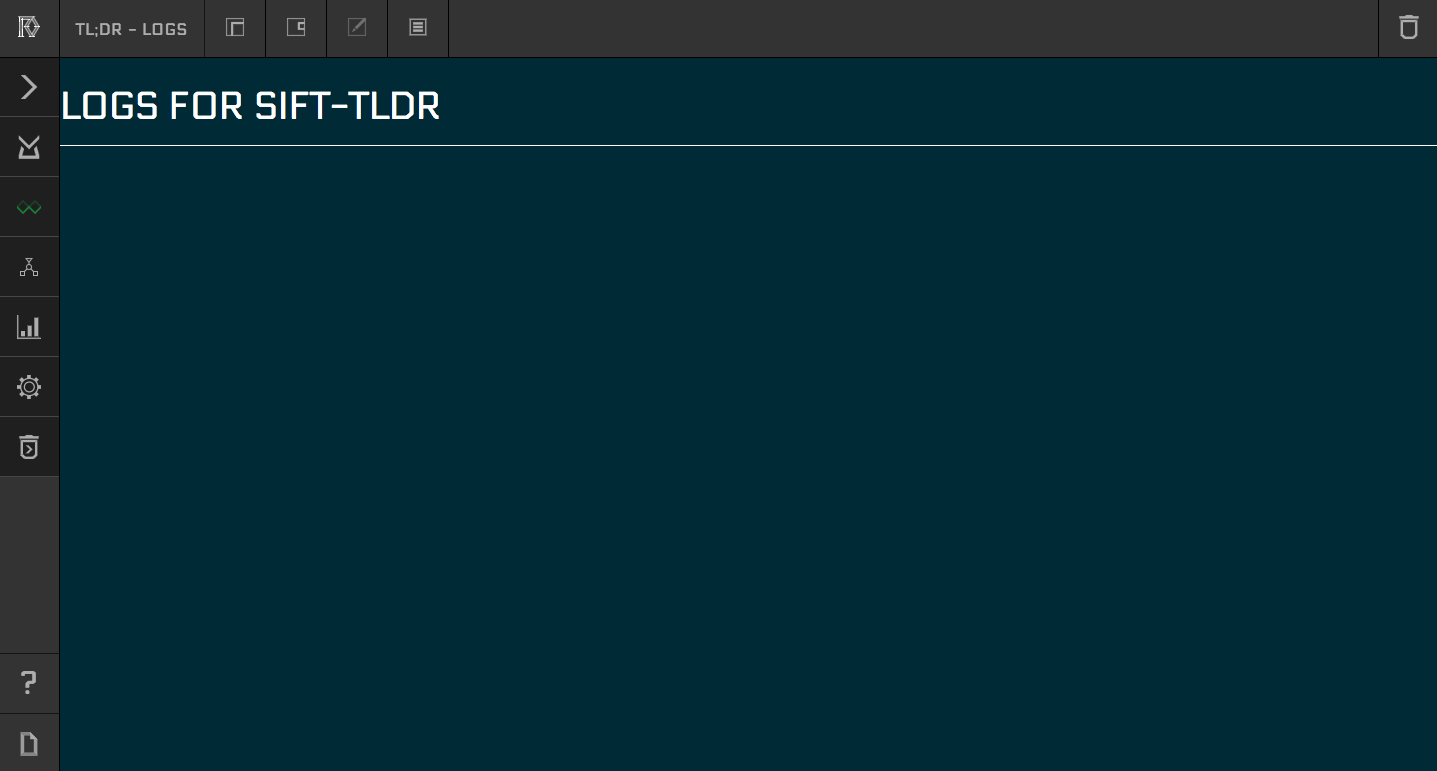 You need to navigate to this page (subscribe for logs) before actually doing anything on our cloud (like installing the sift) otherwise you will miss them.

Updated over 4 years ago